MSS envisages a healthy society by undertaking increasing carelessness about health in the rural areas. It has taken up several steps to create awareness regarding health among the people and to promote physical, mental and intellectual health. Works of the organization are making efforts from time to time to create awareness regarding iodized salt, safe delivery, clean drinking water, exclusive breast-feeding, etc. The workers also make the people aware as to how they can save themselves from various diseases. Health camps are organized from time to time in collaboration with the local primary health centres, community health centres, dispensaries set up by the organization.

Liasioning with the government initiatives for the promotion of community health: Capacity building of the groups for an active participation in government initiatives like Bal Swasthya Poshan Mah (BSPM), Routine Immunization (RI), Village Health and Nutrition Days (VHNDs) and Weekly Health and Nutrition Days (WHNDs), mobilizing the community for accessing the benefits of these initiatives etc. are some of the activities in this direction. Capacity building of service providers, their activation through regular meetings, promotion of adequately iodised salt, promotion of immediate and exclusive breastfeeding etc. are some of the other interventions.

Safe Motherhood If health situation of women is deeply viewed in Uttar Pradesh, a dismal picture emerges. Census 2001 data indicate that the number of women has gone down considerably. The reasons behind this are female feticide, lack of attention during adolescence, child marriages, unsafe motherhood, unsafe pregnancies, etc. The organization does not limit safe motherhood to pregnancy and delivery alone. Rather it regards it as a right of women. For promoting safe motherhood,) are imparted training from time to time. During these training the points highlighted include safe delivery, breast-feeding and cleanliness. HIV/AIDS

It’s Being our strategic areas, there is no doubt that HIV/AIDS are greatest killers of humans. There is no way to fight HIV/AIDS other than creating awareness about them. For this MSS join hands to bring out awareness rallies on World AIDS Day. CGPP

Since, 2007 Core Group Polio Project is implemented in four blocks of Saharanpur district namely City, Sunhety, Sarsawa and Nakur to mobilize the community on participation in polio rounds and routine immunization drive organized by the Govt. Health department. This year, two polio rounds were organized covering 973183 children in the interior parts of the target area through the intervention of Meerut Seva Samaj. We have executed several mobilization activities for proactive participation of the target community for the eradication of polio & improving health of newborn.

Annually conducted Capacity Building Training Program for the grass root workers for CMCs in each Blocks. 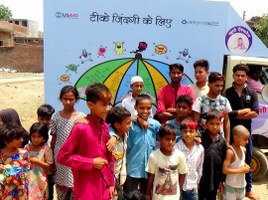 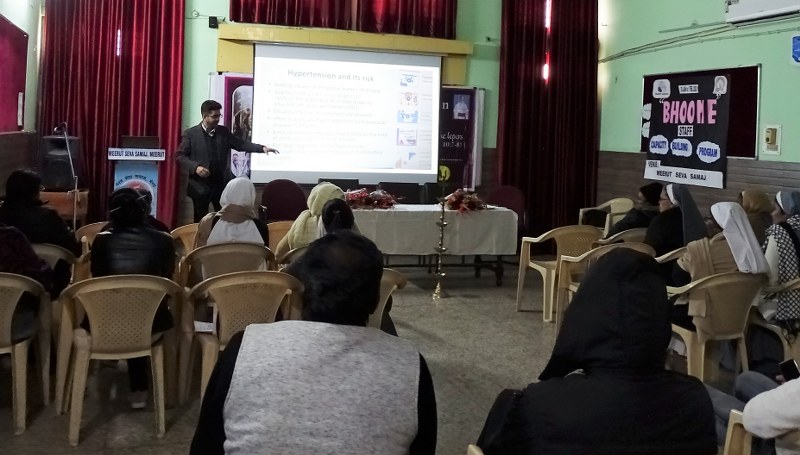